As the calendar turns to March and we look forward to St. Patrick’s Day, it made me think about the history behind the day of celebration.  March 17th is the anniversary of St. Patrick’s death and the Irish have observed this date as a religious holiday for over 1,000 years.  St. Patrick lived during the 5th century.  He was kidnapped and brought to Ireland as a slave at the age of 16.  He later escaped but is credited with bringing Christianity to the people of Ireland.  He used the 3 leaves of the Irish cloverleaf to explain the holy trinity.  These characteristics of St. Patrick’s Day made me think of what they have in common with senior living. 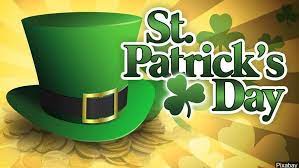 The first characteristic of St. Patrick being a salve is not dissimilar from what I encounter with people who are considering retirement community living every day.  Many of the people I interact with have almost become a slave to their houses.  They are a prisoner to their house because they can’t navigate the steps, they can’t manage the upkeep and they become isolated as their ability to get out and socialize has become reduced.  Compare that to retirement community living at John Knox Village East where you don’t have to worry about the upkeep and a friendly face and a cup a coffee is just a few steps away.

St. Patrick was someone who used a bad situation for a greater good.  He could’ve become bitter over his enslavement and removal from his homeland, but he turned it around and used it to spread the gospel message.  Many of the people who live at John Knox Village East & Meyer Care Center are some of the most positive people I’ve ever met.  They don’t get bogged down in what they don’t have or how life has wronged them – they just keep rolling with the punches and maintain positive attitudes.

The next time celebrate St. Patrick’s Day, think about self sacrifice, maintaining  a good attitude and having a great party.