Make The Most Of Your Independence 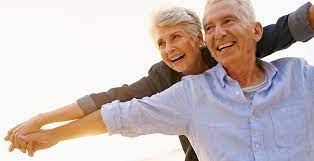 The range of independence of people is always surprising.  Many times we think the transition between sections of a retirement community are black and white.  It’s more likely to be gray.  There are some people in independent living who are fully independent, work pretty much full time jobs, bike and walk several times a week.  They just chose to move to John Knox Village East for the peace of mind and fewer responsibilities.  On the other hand, there are some people who are maximizing their independence at 100 years old.  Still living independently….some with some help and some with none at all.